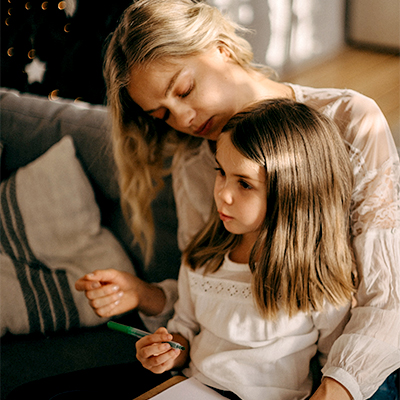 I remember a conversation with someone who overheard a teacher talking to an acquaintance about my child. This took place at a dinner party and was an extreme breach of confidentiality. It might not have been perceived as such because at that point, the teacher hadn’t mentioned the child’s name. But, as it became clearer to the person listening that the child was my daughter, she asked the teacher if that’s who she was discussing. The teacher told her it was and continued describing parents who were in denial and couldn’t come to terms with their daughter’s disabilities.

Did I mention that this teacher taught Special Education?

After we were informed about this discussion, we took a long look at whether we were truly in denial. Our daughter was nine years old at the time and, while we knew there were going to be limitations in her future, we still believed that she could move forward and continue to learn necessary skills. We never denied she had Special Needs; in fact, we sought help for her as early as two years old for speech delays and three years old for occupational therapy issues. We attended conferences and seminars, read books and scoured the Internet. Every time we were given a diagnosis, we found help for her. To hear a “professional” paint us as being in denial was unfair and untrue.

There are others we’ve met who fit that statement with evidence to the contrary. Sometimes, either one or both parents choose not to recognize or accept the hard truths and we hurt for them. We’ve seen it cause friction between spouses, sometimes, irreparably so. Hearing our child had Special Needs was a tough blow and getting difference diagnoses over the course of a dozen years or so was often brutal. The easiest thing would have been to deny and argue with the doctors, schools and therapists. But, doing that would have only prolonged getting her the help she desperately needed.

No one wants to get this news and have their child “labeled” with notes in their permanent school records. That is completely understandable and something that we considered when she was in her first years of school. It became a matter of doing what was best for her, even though it was devastating for us. We wanted so much for our daughter and, when it became clear later in her school years that there was much she wouldn’t be able to do, we knew in our hearts that we championed for her the best way we knew how and that would have to be enough.

We never wanted to leave a stone unturned because of our pride. When all the experts agreed, we knew we’d have to adjust our sails and find the best way to help her. Yes, each diagnosis stung and they weren’t easy to hear. At the end of the day, I can honestly say that we did our best for her. Sometimes, it takes years to figure that out and there were certainly moments of doubt. We just had to learn to accept and trust it would all be fine.