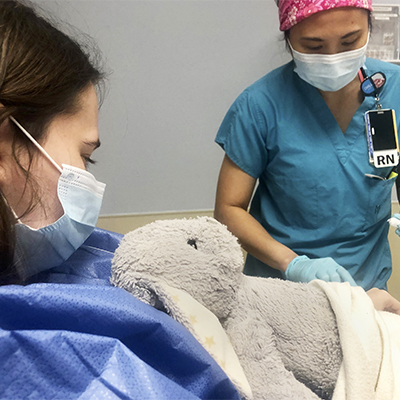 Every parent learns to recognize sign in our children’s behavior, health and other components of their everyday life. We notice when they are not feeling well or if they are troubled. We may notice, if only through sinking grades, that something is wrong at school, whether academic or emotional. It’s hard in the beginning of their lives, especially with a first child. We’re not given an instruction manual when they are born and, while they may overtly show signs of distress, we don’t always initially know what’s wrong and maybe we’re not sure how to figure it out when they can’t fully express themselves.

For many parents, the signs get clearer as children age, particularly when they begin to talk and can express their needs, wants or feelings. But, this isn’t always the case with Special Needs parenting. Children with expressive speech disorder or those who are non-verbal have considerably more trouble making their feelings known and parents must become detectives to extract crucial information that fills in the blanks. Sometimes, this is something that we must do forever.

For 18 months or so, our daughter developed a dry cough, sinus symptoms and lethargy every few months. This happened periodically during that time but we had no clear cut diagnosis for most of it. After several weeks of at home treatments with cough syrup and antihistamines, we first took her to the ENT but he was baffled as she didn’t have a fever and no other symptoms. He asked what color it was when she blew her nose but that was a skill she has never mastered so we couldn’t answer that question. He said that to be on the safe side, we should do an in-office sinus scan and it’s a good thing we did because she had a massive bi-lateral sinus infection. After a course of antibiotics, she felt much better…until it happened just a few months later.

The next time it happened, the sinus scan didn’t show anything conclusive. The time after that, we took her to our family physician who did a chest x-ray (negative) and put her on more antibiotics. The time after that, she had 66 skin pricks at an allergist and we were sent home with two nasal sprays. The following time, we found another ENT who reluctantly sent us for a sinus CT at my request. We received a phone call two hours later stating that she, again, had a massive sinus infection. This is where the story gets interesting.

The next logical step, he said, was to have a surgical procedure to clean out the infection and widen the sinus cavity. When the surgery was done, he apologized because it took longer than expected and also because he initially doubted my suggestion of doing the sinus CT. It turned out that she had a polyp that took up half the sinus cavity. Antibiotics could not penetrate the polyp so she kept reinfecting herself. As she could not blow her nose and she couldn’t really express the magnitude of how badly she felt, it was only my perseverance that led us to the right direction.

Many parents like me have similar stories. Learning to trust what you know of your child and what you feel about the situation is necessary. Being willing to stand up to medical professionals who tend to dismiss you is crucial.