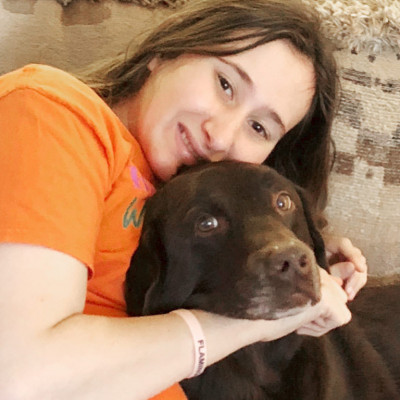 I remember the day we were told our daughter would never drive, would never live alone, would never reach many of the milestones most children will. And then there was the day she stood beside us in court as the judge declared her permanently disabled and granted us Guardianship. I listened as the judge asked her questions, some of which had to be rephrased so she could understand them. On each of these days, I went through the stages of grief as quickly as those old flip books where the pictures would change to create a jerky scene. That was our life in those days. One big jerky scene.

My First Depression came much earlier, though. The two and a half years our daughter spent in public school were disastrous. So many fights (ours, not hers), so many meetings, so much time spent trying to figure out why my daughter’s cuticles were always bleeding (picking from anxiety) and why she was always so unhappy (so many reasons). Yes, I battled the school…actually, I battled the entire district. It took a year and a half during which I lost most of my business because my focus was planted firmly where it should have been – on my daughter and her needs.

After the battle was over and we were triumphant, the victory was short lived because we knew we couldn’t keep her in that school. We had been told (by a Special Ed ‘professional’), “We’re sorry, Mrs. Handley, but we don’t have confidence in your daughter’s potential…how do you suggest we teach her?” That let us know that they truly didn’t get it. But we got it. And we got her out. And, that’s when I went through my First Depression. I had spent a year and a half focused on getting her the help in public school that she needed and won…but still lost since it was plain to us that they had given up on an eight year old. I also had lost most of my Graphic Design business since not many clients could wait while I fought the fight.

My whole identity for those past few years was wrapped up in my daughter’s needs. When the fight was over, I had forgotten who I was apart from that.

Years went by in a blur of home-based, private tutoring, therapies, enormously expensive private schools (my husband good-naturedly jokes that this was our summer home), counseling for her and for me, diagnoses and more diagnoses. And then, my Second Depression hit.

Our daughter’s neurologist referred us for testing with a neuropsychologist and that’s when we learned the hard truth. There were milestones most people assume their children will reach that ours never will. Ever. All those years of private schooling, private tutoring, therapies and out-of-the-box thinking got her only so far. The ceiling was not vaulted like every parent hopes. Ours was your standard nine-foot ceiling with no way to break through. Depression #2 commenced.

When a child turns 18 years old, he or she is considered an adult with full rights and privileges. They can vote and enter into contracts. Doctors don’t have to talk to parents anymore unless granted permission by the newly-formed adult. When a child with Special Needs turns 18 and is incapable of making decisions for themselves, one alternative parents have is Guardianship. I won’t go into the legal ins-and-outs of Guardianship versus Power of Attorney; that is my lawyer-husband’s job. What I can tell you is that in order to get Guardianship of your child with Special Needs, after you meet with an attorney and your child meets with a Guardian Ad Litem and all the paperwork is filed with the doctors’ report and the application and everything else, you can expect your child to be visited by a Constable (in Texas) who will serve your child with notice and you and your child get a visit from a Court Investigator who, if he or she is like the one who visited our daughter, will ask such things as “If you get hurt or are very sick and the doctors say there’s no hope, do you want to be kept alive by machines?” Wait…WHAT? She’s got Special Needs and you’re talking to her about pulling the plug??

It takes a while for all of this to happen but then the day arrives and you’re standing in front of the judge who is asking your daughter questions to ascertain if all her rights should be stripped away. It was then, as I was standing watching this unfold, that I realized I was heading for Depression #3 which coincided with Depression #4 when I concluded that our daughter would need someone to look after her for the rest of her life. This meant that someone in our lives would someday have their lives changed forever. We would have to ask someone to care for her, love her, keep her safe and make sure she would never be alone. How do you ask someone to sacrifice so much for someone else forever? It’s not an easy conversation to have.

While you may be thinking, “That’s one depressed parent”, it’s not true. There’s a book called, “You Will Dream New Dreams.” That’s a phrase I’ve reminded myself of many times throughout the years. Our daughter is now 24 years old, at least chronologically. We’ve worked hard to get her into programs in the community because, after all, once a child with Special Needs ages out of the school system, what then? We didn’t want her to sit around all day watching television. We wanted her active. Productive. Happy. I believe that she is which gives me unimaginable joy.

Today, I celebrate who she is: a happy, joyous, caring, innately compassionate young lady who brings cheer to so many others. People love her. They remember her. They celebrate her. It’s this that lets me know everything that came before led us to this moment. One where I can look at her and know we’ve done something exactly right.