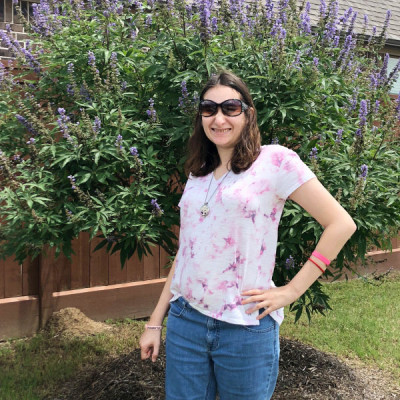 I had it all planned. I was going to be a lawyer, marry at 24 and have my first of two children when I was 26. I even had names picked out for the first one. You know what they say about the “Best Laid Plans”.

And so, often as it is with “Best Laid Plans”, none of that was the way it actually happened.

I’ve had a lot of jobs and a few careers. None of them in the field of law unless you count assisting my husband from time to time with his law business. Bear with me because the legal system does figure in a little later.

I wasn’t married at age 24 – that didn’t happen for another eight years. I had one child instead of two and she wasn’t born until I was nearly 34. Another instance that the “Best Laid Plans” thing was broken.

The other thing I didn’t plan for was that our beautiful daughter would have a whole variety of Special Needs. Nobody plans for that when they consider having children.

The fact that neither my husband’s family nor my own had a history of Special Needs was baffling but ultimately, it didn’t matter. We set out to uncover the nuances and intricacies of her conditions, syndromes and diagnoses once we were able to finally put names to the symptoms.

I became a detective.

I learned education legalities (remember, I wanted to be a lawyer).

I learned to document.

I learned to fight back.

And, I learned not to plan.

Every time I thought we were done receiving diagnoses, I was wrong. And, every time I got a new one, there was more studying. More researching. More consultations. More heartache.

Every parent like me has been there. We’ve all hit most of those marks. While the conditions, diagnoses and prognoses may differ, there’s one commonality.

None of us planned for it.

The thing about planning is that plans change and we have to adapt for the changes. While my attempt at planning my life turned my life on its head, the planning itself took a new form. Whole Life Planning took its place.

What I mean by that is once we filtered through all the diagnoses, structured planning had to take place. We had to figure out logically where we expected – “expected” is different from “wanted” – our daughter to be in the future and decide what we needed to do to get her there. So, we carefully picked schools, tutors and therapists. We got her on the Medicaid Waiver Interest Lists when we found out about them. As she neared 18 years of age, we knew we would need to begin Guardianship procedures, get ready to apply for Supplemental Security Income and figure out future secondary guardians.