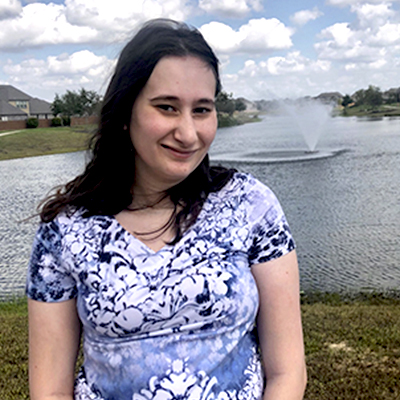 I have a friend whose daughter has Down Syndrome. In the course of conversation one day, she said, “I have it easier than you. At least people can see my daughter has Special Needs.” It was an interesting discussion that followed. I remember thinking that she got it – the dichotomy of my situation.

Our daughter looks younger than she is but, still, she looks neurotypical. I have photos of her where she could be a model; in fact, she’s been stopped twice by modeling agencies scouring potential models in shopping malls to ask if she could come in for an interview. We actually did go to one when she was younger but they were quick to reject her when they asked her to sight read for a commercial and realized she couldn’t do it because she has Special Needs.

Having a neurotypical-looking daughter in her 20’s who is developmentally around 10-12 causes confusion in people. That’s why I will generally let people know ahead of meeting her that she has Special Needs. I shouldn’t have to, but I do it because I’ve learned through the years that it protects her from people who don’t understand like the woman we met while attending a wedding. She asked our then-18 year old daughter how old she was and where she was going to go to college. My daughter looked at me helplessly and I answered that she wasn’t going to be going to college, that we had other plans. Rather than leave it at that, the woman pushed back telling my daughter that everybody should go to college. Again, my daughter looked at me because she didn’t know how to answer.

I’ve found that once people understand the situation, they can adjust their conversation with her and they may learn something along the way. Something like kindness and compassion with a side of understanding. These days, she comes with me once a week to networking and people seek her out for hugs and talks. They love who she is and they want to know more about her life. But it wasn’t always like that.

When you have a child with Special Needs that looks like everybody else, sometimes people can be cruel, even without meaning to be. The teenage girls in the bookstore who saw my daughter shriek with excitement over something small and who made fun of her behind her back. Had they stopped to watch her a little longer, they would have seen her enter the children’s book section because that’s her reading level. I know they didn’t understand the situation and perhaps they would have been kinder had they realized more about my daughter.

Then again, shouldn’t they have been kind anyway?

Yes, my friend has it easier in some ways, but I have it easier in others. The best takeaway from the conversation I had with my friend that day? It was that she understood and isn’t that what all of us want?